Sincere efforts of Child Help Desk, which is being operated by Prayatn Sanstha at Pandit Deen Dayal Upadhyay Railway Station, have received appreciation from Child Welfare Committee of Chandauli district of Uttar Pradesh. The Chairperson Mrs. Anuradha Gupta, and members and members Mr. Indrajeet Sharma, Mr. Dinesh Kumar and Mr. Anand Kumar, during an event that was held in the railway station premises on July 29, 2021, praised the team of the desk saying that it has been working round the clock since October 2016 to protect children who are found in need of care and protection in the railway station premises. It is continuing to provide emergency support to children even during the COVID pandemic and has saved life of a lot children from being abused after running away from their houses, being lost or trafficked by reuniting them with their family members after tracing the same and counselling.

Mr. Ramkhiladi Poswal, Deputy Director, Prayatn Sanstha, on this occasion, told that the Desk is being run with the joint support of Ministry of Women and Child Development, Ministry of Railways and Childline India Foundation under Integrated Child Development Scheme of the Government of India and is connected with the nationwide toll free number ‘1098’ of the Childline. He said that for Prayatn, it is part of the larger effort of ensuring child protection across the country.

Mr. Sundar Singh, Team Coordinator, took the opportunity to thank all the authorities like DCPU and CWC of Chandauli district and other districts; Child Help Group formed at the railway station including Station Master, GRP, RPF, etc.; stakeholders like vendors, cleaning staff, taxi operations, etc. who have helped the organizational staff in reaching out to such children in need of care and protection and repatriating them while following due procedures laid out under the Juvenile Justice Act. He also appreciated his own team members for their tireless involvement in this process,

It is important note that Child Help Desk is being run at Pandit Deen Dayal Upadhyay Railway Station (earlier called Mughal Sarai Railway Station) since October 2016 and rescues more than 500 children every year. 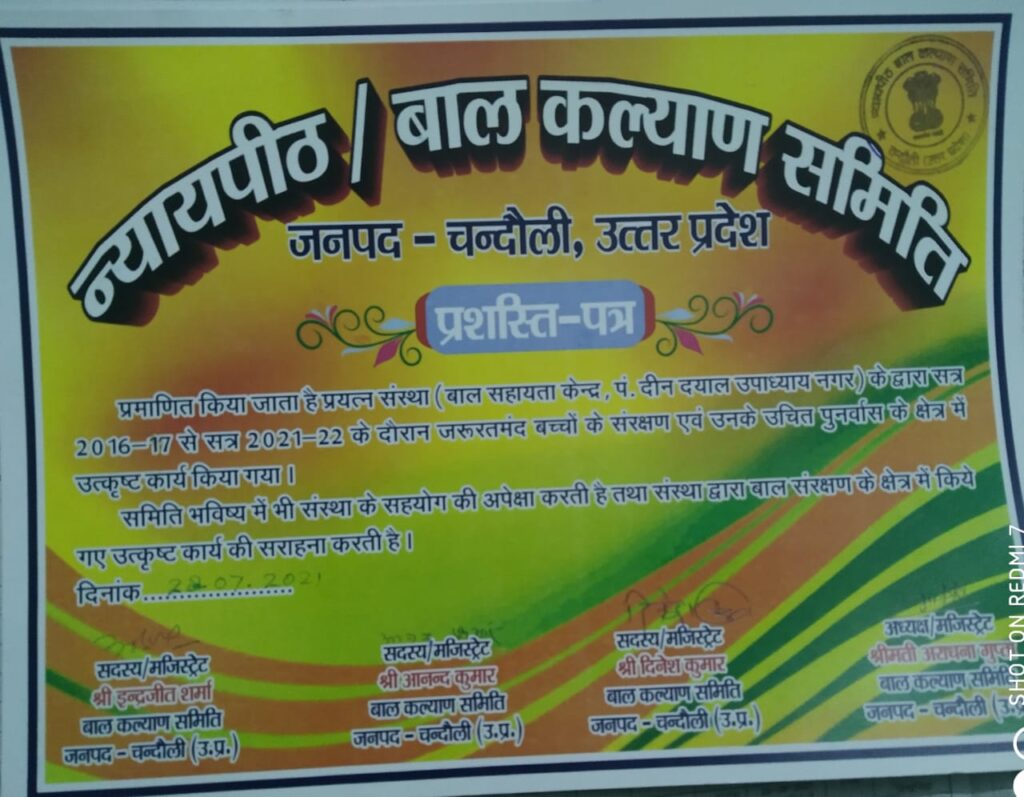